The Washington College GIS Department in partnership with Aloft Aerial Photography has designed a new pilot project that will allow concerned local citizens to report environmental problems in the Chesapeake Bay. The Bay suffers from numerous environmental problems. While some are reported many remain unreported and unresolved. To help solve this dilemma the GIS lab created a central reporting and tracking program that is tied with a web mapping interface. This allows anyone to view all the locations of the problems and the status of each reported problem. Once a problem is reported and mapped, different Federal, state, and local non-profit organizations can take action. The Bay Watch Chesapeake pilot will determine if it is feasible to have all of these recorded problems in a single accessible source available to everyone. By completing a beta version of the program we have taken a huge step forward bringing environmental protection and awareness to the age of Facebook & Twitter. 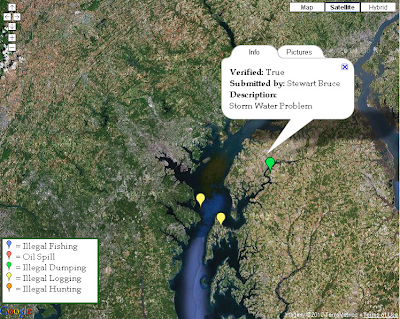 Above is a pilot of our program that allows individuals to report environmental violations through the use of Google Maps.

Chris Farley ‘11
“Working on the Google API code and Bay Watch has enhanced my knowledge of the environmen¬tal problems on the bay and has furthered my knowledge in GIS and computer coding.”

Otto Borden ‘13
“Working on the Bay Watch project has taught me a lot about Google API and Java Script. “ 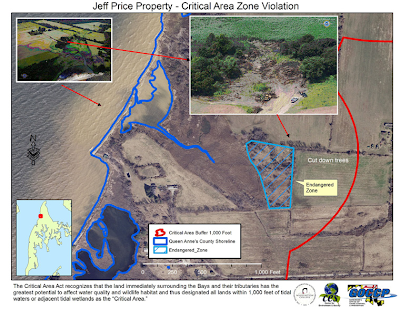 Example of a problem being reported.
Posted by GIS at 1:08 PM