Chestertown Comes to Life in 3D

With the help of students and staff, the Chestertown 3D project incorporated data from multiple locations to create a full 3D visualization of the Chestertown, Maryland Historic District (Chestertown). This was accomplished by using many software programs, including Google Sketchup, Google Earth, Geoweb 3D, ArcMap 10, Global Mapper 11, Jing and Camtasia Studio. By using data from these programs, the team was able to bring full 3D images of buildings with georeferenced light poles, building polygons and trees to build a rich full 3D environment. 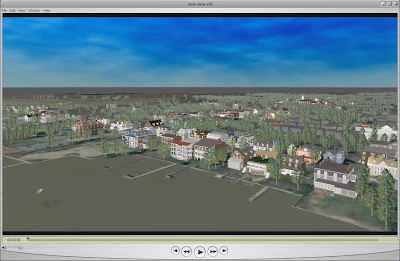 The focus of this project was to accurately represent Chestertown in 3D. This was done by compiling data on each historic building and taking detailed photographs of the accompanying buildings’ architecture. Using these images, each building was built from the ground up in a program called Google Sketchup. After the building was accurately modeled, it was placed on the matching property in Google Earth and exported, then brought into a program called Geoweb 3D. Using Geoweb 3D, the tree, light and polygon data, along with the 3D buildings, were incorporated into the program to create a living scene that modeled the Chestertown Historic District. Students and staff gathered real tree and light data, and then placed the corresponding points on the exact spots in which they were located. These were bundled together in files in ArcMap, where they could then be used in Geoweb 3D to place 3D trees and lights. 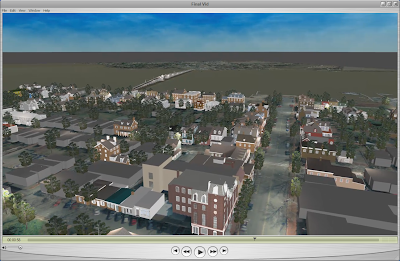 Through the combined efforts of multiple students and staff members, this project brought together layers of data and files in order to create a rich full 3D environment that shows an exact replica of the Chestertown Historic District. The Chestertown 3D project has provided future opportunities for the lab to conduct similar projects in other towns, with Easton, Maryland already under way.

***
We would like to thank NVIDIA who donated a Quadro 5700 video card that was needed to complete this project: http://www.nvidia.com/page/home.html

Tyler is a junior from Chestertown, MD and plans to major in biology and hopes to pursue the pre-medical studies program. He is currently an EMT-B and runs calls with the local EMS station. Meet more of our Interns: http://gis.washcoll.edu/interns.php
Posted by GIS at 1:09 PM No comments: 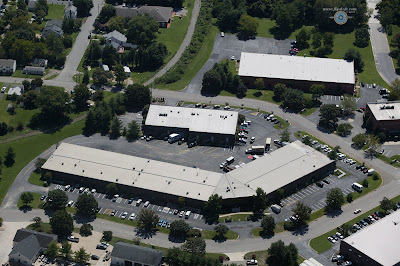 Moving vans arrived late in the summer in front of Goldstein Hall to move the GIS Laboratory to their new home in the Chestertown Business Park. Since 2004, the GIS Laboratory has been located in Goldstein 206, and in 2008 they expanded to also include Goldstein 200. However, with a growing need for space and increased physical and network security, it became evident that a move was needed. Due to space limitations on campus, any move would have to be to an office away from the main Washington College Campus. A potential space was quickly identified and secured at 151 Dixon Drive Suite 3 in Chestertown, a ten-minute walk from campus. The new office space is three times the space the GIS Laboratory occupied in Goldstein Hall.

After the space was leased the real work began, with a mere three weeks before the start of the academic year to move desks, computer equipment, install and configure network equipment and move a server. Thanks to a professional moving company, John Massey, Dave de’Marsi and Sarah Smith from the Office of Information Technology at Washington College, the GIS Laboratory was up and running when students returned for the start of the school year.

The GIS Laboratory now features private offices for full time staff, a conference room, a larger student work area and increased physical security measures, including a centrally monitored alarm system, electronic access control and video surveillance. The GIS Laboratory has expanded from nine student workstations to sixteen. Additionally, the GIS Laboratory hours have been extended until 6:30pm during the week and from 9am to 2pm on Saturdays to allow student interns more flexibility. 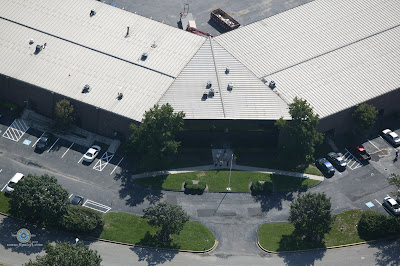 The new address of the GIS Laboratory is 151 Dixon Drive Suite 3 Chestertown, MD 21620. Along with the new office came new telephone numbers. Please be sure to update your contact directory with the numbers below:

Being led by Professors Stewart Bruce (GIS), Aaron Lampman (Anthropology) and Andrew Oros (Political Science and International Studies), this unprecedented program will involve using open source software to obtain information regarding demographics, water resources, health-related issues, energy and food resources so that future problems can be anticipated in both scope and location in Peru.

Three student teams are compiling this information and will be resending it to the NGA as a final report later this year. With so many hot spots throughout the world, intelligence agencies have had to focus the majority of their attention away from calmer areas, like Peru, that may experience difficulties in the future. Each team hopes to identify areas that deserve the NGA’s attention so potential issues can be avoided. This is especially important because of the possibility of security problems arising from the possible scarcity of necessary resources.

This project gives interdisciplinary Washington College students the ability to become more familiar with GIS projects as well as highlight their skills and gain knowledge in the intricacies of the work of the nation’s intelligence agencies. 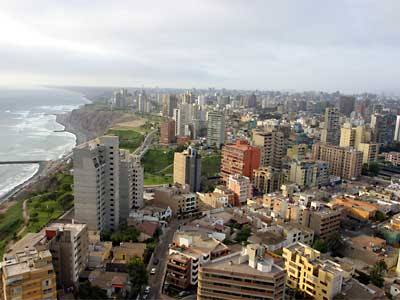 What we’ve been doing:

We’re currently in the process of figuring out how to gain and, with more difficulty, process geotagged information on crime in Lima. Specifically, we are trying to figure out how to filter information through social media into a central database because most social media now comes with a latitude/longitude location when it is shared through a cellphone. This has been done before for crises in Iran, Syria and Egypt. Hopefully, by creating the necessary framework before a problem appears the NGA can be better prepared to sift through the millions of pieces of information they will receive. Open source geospatial programs exist for uploading information to a central database; we’re also trying to figure out how to incorporate those.
Posted by GIS at 10:59 AM No comments: