By providing a visual history and developing accurate renderings of historic sites, GIS plays a major role in bringing history to life in truly innovative ways. I was given the unique opportunity of bringing the Pluckemin Artillery Cantonment, an 18th-century military training academy that predates West Point, to life – 230 years after our nation’s army last used it.

This was no small task since it involved designing and building a realistic looking colonial structure from scratch without the aid of photographs or paintings. The only image that I had to work with was the so-called “Lille” drawing that was made in the winter of 1779 by a soldier turned artist. From this lone black-and-white image, and the scant archeological evidence that accompanied it, I designed a conjectural representation of what the Academy building and the long room that connected onto it would have looked like when the Continental Army stayed there over the winter of 1778-9.

Starting last June, Stewart Bruce, GIS Program Coordinator for Washington College’s GIS Lab, approached me as a possible worker on this project. On Wednesday, August 10, 2011, fellow Intern Katherine Wares ’14 and I trekked up to Trenton, New Jersey, along with Stewart and Dr. John Seidel, the Director for the Washington College Center for Environment & Study. There we met with Dr. Ian Burrow at Hunter Research to discuss the specifics of the Pluckemin archeological site. With the new and useful information acquired at this meeting, we were able to set about our project to successfully render a digital 3-dimensional image of the Pluckemin Artillery Cantonment, as it looked at the dawn of our country’s existence.

Here are some of the renderings that I developed for the project: 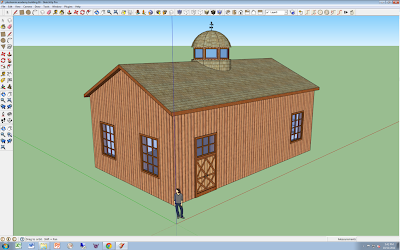 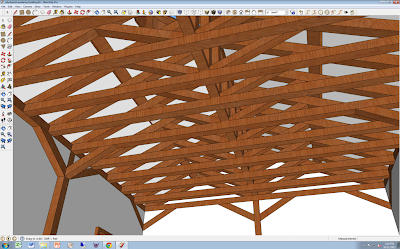 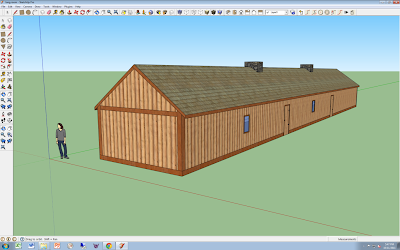 Finally, if you are interested in learning more about the Pluckemin Artillery Encampment check out this narrated history of the site and the teaser video:

The full animated video will be released at a later date with more information about how this first phase was developed and our ambitious plans for phase two. 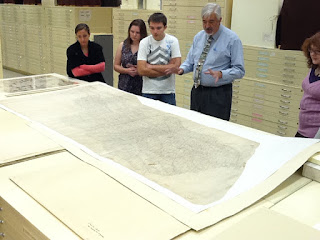 Several GIS interns, along with Professor Stewart Bruce’s GRW class, recently took a trip to the Library of Congress to receive an exclusive tour of their map rooms. Upon arrival, we were greeted by Mr. Michael Buscher, Collections Management Team Leader of the Geography and Map Division at the Library of Congress. Mr. Buscher escorted the group through many rooms filled with thousands of maps containing information about seemingly every place and time in history. We saw many incredible maps and atlases including an original map hand drawn by George Washington of the Potomac River and Mt. Vernon. We were also shown the first map of the new United States made after the American Revolution (as pictured below) that was recently sold at auction for 2 million dollars and then donated to the Library of Congress. The tour continued with a map that was originally annotated by Lewis and Clark, along with Stonewall Jackson’s cartographer’s original map book and a map drawn by him. This is especially relevant to our program because during the Civil War General Stonewall Jackson used GEOINT to get an advantage over the Union forces. The General told Capt. Jedediah Hotchkiss, "I want you to make me a map of the Valley, from Harpers Ferry to Lexington, showing all the points of offense and defense." Considering Hotchkiss's mapmaking skills, this would give Jackson a significant advantage the Union army in the campaign to come. 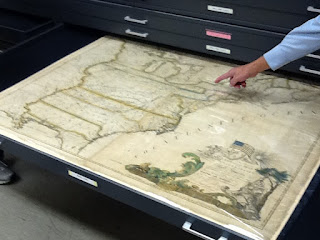 After seeing a vast array of maps, atlases, and globes, both new and old, we were shown the room where maps are scanned and digitized using an extremely large state-of-the-art scanning machine (pictured below). However, the trip did not end there. We also visited the Library of Congress Jefferson building and were able to see Thomas Jefferson’s library, as well as a copy of the 2 million dollar map we had previously seen in person. To cap the day off our group toured the U.S. Botanical Garden. 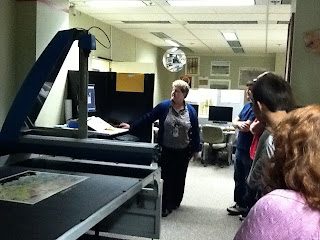