Washington College recently hosted its fifth annual one-week summer program for grades 7 to 12, designed to introduce middle and high school students to the exciting and rapidly expanding field of geospatial technology. During this week long summer experience, attendees are immersed in different areas of GIS, gaining hands-on experience and participating in real research projects alongside our lab staff and interns. This year, in order to provide everyone with a superior experience, the program attendees were divided into three “pods” to work on three different projects, which they were given the opportunity to choose between. 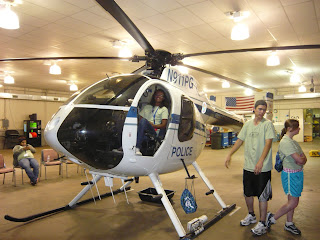 For the summer program this year, Devin Hayward ‘14 worked with the crime pod. They worked on mapping different types of crimes and teaching the kids how to create their own maps. They used their creativity to choose the style of map they created. It was pretty interesting to see their take on how a map should be designed. The kids also got the chance to go to Prince George’s County to see the police force, including the canine unit and motorcycle unit. 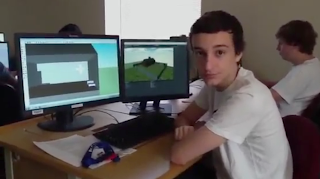 The 3D virtual world pod, along with Olivia Hughes ’15, spent their week recreating the Pluckemin Artillery Cantonment, a New Jersey historic military site. The campers explored the three dimensional modeling world using programs such as Autodesk 3DS Max and Google Sketchup. When the historic military barracks were modeled in 3D, the campers experimented with animating their models using a gaming interface, Unity. Using Unity, the campers were able to create realistic terrain for the 3D world and walk through the historic site. 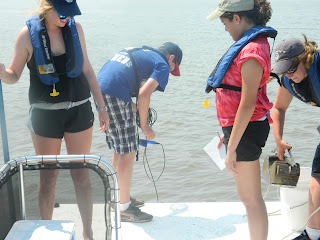 The river exploration pod went out on the research vessel Callinectes with CES Associate Director Doug Levin. In the process, they used several different forms of water testing and exploration technology. The river group used side-scan sonar to map the bottom of the river, as well as a Ponar grab sampler, a piece of equipment used to pull up layers of sediment from the river bottom. They also built their own observation buoys out of PVC pipe, connectors, Frisbees, and plastic cable ties, and attached temperature probes to their buoys to measure differences between air temperature and water temperature. Finally, they built their own Aquabotz, remotely operated vehicles used for underwater exploration.
Posted by GIS at 11:32 AM