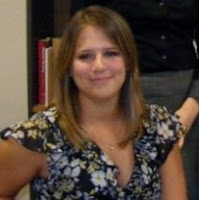 It’s true that success speaks for itself - WC GIS Lab Alumni are making big statements in the world of Geospatial Information Systems as they emerge with skills and experience unparalleled to most. Nichole (Bryant) Gillis, started working in the GIS Lab her junior year at WC. A Business Management major with a concentration in Biology and Chemistry, her knowledge gained in the classroom and the GIS Lab has proved to be most vital in her career.

Gillis got her start in GIS by working on curriculum development. In time she harbored an interest in many aspects of Geospatial Data Technology. Upon graduation in 2009, she worked for one year as a full time staff member of the GIS Lab before pursuing her Master of Science degree in GIS Management from Salisbury University. Viewed distinctly as someone obviously well – trained in GIS skills, she landed her current position as a Geospatial Intelligence Analyst at Man Tech International in July 2011.

“I saw a need for higher education in GIS and actually finished my last semester’s final exams the first week of my position at Man Tech.”

Man Tech International is a defense contractor who has been providing advanced technological services to the United States government since 1968. As an analyst, Gillis supports trafficablity and maneuverability analysis for an Army analysis center at Aberdeen Proving Ground. Trafficability analysis includes “Go/No Maps” and outputs of percent of terrain that can be traversed by a given vehicle, determined by factors such as speed and soil strength. Maneuverability analysis focuses on the road networks of a given area and determines which vehicles can traverse those roads using criteria of size and turning radius. She handles proposal work, as well as GIS data presentation with the company because of her experience with Microsoft Project as an undergraduate Business Major.

This analyst position now encompasses the skills Gillis first learned at the WC GIS Lab, a step that opened up the road to her career.

“I would recommend that students expose themselves to as many GIS applications as possible. Many of the techniques can be translated to other subjects. I apply many of the principals and techniques I learned performing the Tree Canopy Project in the GIS Lab to the army vehicle maneuverability analysis I do now.”

Since Gillis was a member of the WC GIS Lab team, the program has expanded by leaps and bounds, but an understanding of the importance of this technology has remained constant. Her advice to current GIS Lab Interns is: “Take computer programming courses that allow you to customize ArcGIS processes. There is a growing demand for these skills, especially with smart phone and GPS location dependent applications.”

Time spent in the WC GIS Lab is a wise investment. Any and all majors can benefit from the skills garnered here – regardless of your career intentions. Gillis is proof that what begins as a small assignment can be the door way opening a world of possibility; possibly even a new career path.