On August 20, 2012, Andrew Wright and Erica McMaster attended the Maryland State Police’s Northern Region Stat meeting (MSP Stat). MSP Stat meetings are held biweekly, and are separated into the following Troops/Regions: Northern, Southern, Central, Western, Eastern, and Washington Metro. The Northern Region consists of the Bel Air, North East, and JFK Barracks. Highlighted during the meeting were successes for each Barrack and crash data quarter comparisons, which mentioned the work Washington College has been doing for MSP.

A success story for the North East Barrack included a sobriety checkpoint location identified as a high crash area by Washington College that resulted in 48 vehicles being stopped and one arrested for a DUI.  Each of the three Barracks pushes the maps created by Washington College showing various traffic accident data out to their Troopers to use in their daily patrols. The maps are used for confirming and reinforcing areas already identified by MSP as high traffic accident areas, but also to identify new areas to target. The Barracks are also using the mapping products to analyze daily trends on specific types of traffic accidents, such as those caused by aggressive driving. 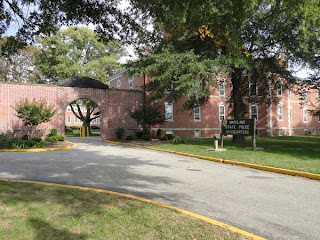