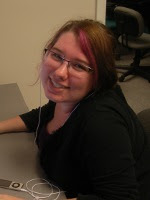 At Washington College, students do not have to eagerly await professional job experience, or a chance to travel, until after graduation day. Endless opportunity begins here in our backyard of Chestertown, especially for students who have discovered the art of Geographic Information Systems. Junior, Cara Murray, took a position on the WC GIS Lab team fall semester of her freshman year. A double major in Environmental Studies and Psychology, the skills she is learning as a GIS Intern has already begun to open doors of opportunity for her in her field.

Cara Murray is just one of many students benefiting and learning through WC GIS. Not only are these students learning, but they are giving back to the community through their work. Serving as an example to other colleges and universities, WC GIS has made great strides in engaging students in effective research projects.

A project known as the “Queen Anne’s Development Project,” was Murray’s first big project – mapping where hypothetical subdivisions in Queen Anne’s County were created to analyze the effect further development would have on the amount of prime farmland.


This led to another opportunity her sophomore year - a position to work on the National Geospatial-Intelligence Agency’s Open Source Anticipatory Intelligence Project. Under the advisement of WC GIS Program Coordinator, Stewart Bruce, WC has entered an informal agreement with the NGA to engage an elite team of undergraduate students in conducting research on a variety of topics, in hopes of providing information needed for anticipatory intelligence analysis needs in foreign countries. This is also known as “peripheral vision.”

Peru was selected for the pilot project, taking into consideration the College’s ties with the country as the Chesapeake Semester travels there each year, and its status as a peripheral country. The team of interns was divided into three groups analyzing water resources, energy resources and demographics.

As an intern in this pilot program, Murray and her group focused on the energy sector of Peru, looking into current and future vulnerability issues with the electrical grid such as socioeconomic divide, civil unrest, climate change and increased demand. The chance to attend the 2011 GEOINT Symposium also presented itself, the nation’s largest intelligence event held in San Antonio, TX. Murray and other team members had the opportunity to meet with NGA staff and various corporate sponsors such as Digital Globe and Geoweb3D.

As so many other students around the country, Murray understands the prominence of this technology. “GIS is a great technology and will only become increasingly important for the future; besides the great applications we currently utilize it for, such as crime mapping and environmental analysis, the potential of the technology really is limitless.”
Not only has Murray been given the opportunity to hone skills loaded with real-world experience, but she has been given the chance to use them to contribute significantly to the community. Most recently, she has worked on watershed assessments for Easton’s Tanyard Branch and our very own Chester River, both of which feed into the Chesapeake Bay, in an effort to reduce pollution loads for the overall health of the Bay. This work identifies real problems and potential outreach projects that will improve water quality in Tanyard Branch, Chestertown, and ultimately the watershed.
The WC GIS program is truly unique in the dedication and skill of its employees and the amount of substantial cliental work this business is putting forth. “Working at GIS has given me the opportunity to grow as an employee, not only with the skills I have gained through software literacy, but also in my dealings with clients. The fact that I am able to work with big name agencies, as well as make products for local clients as a full time undergraduate student, is an opportunity I would be hard pressed to find anywhere else.”