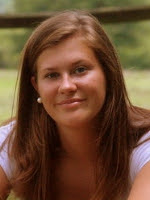 Sophomore Olivia Hughes is a Biology major spending her semester traveling the Chesapeake with the Center for Environment and Society, but has also been known to spend her time in the GIS lab as a 3D modeler.

Now in her second year as a GIS intern, Hughes has heavily invested in learning the Google SketchUp technology that WC GIS has relied on to create realistic 3D visualizations of the world around us. Recreations have been made of current architecture and those of the past with the much appreciated funding of the Maryland Historical Trust.

As a member of the Easton 3D project team, Hughes worked collaboratively with other interns and the Town of Easton to create 3D streetscapes of certain areas of town where future development may occur.
Click to read more...

You can check out Olivia’s work with the Easton 3D Project here.

She has also worked on the Maryland State Park mapping project, the Washington College 1962 Project and spent all summer modeling the Eastern Correctional Institution - a high security clearance project building a 3D Model of the Eastern Correctional Institution in Google SketchUp, adding textures in Autodesk 3DS Max, and importing the model into Unity to create a virtual version of the prison. This will be a visual way for the prison guards to organize and access important information about the prison. Hughes has also spent time working with the children attending the annual GIS Summer Camp in Chestertown.
Last year she attended the USGIF Technology Day Conference in Reston, VA and represented WC with the Eastern Correctional Institute Unity display.
“I am planning on attending next year’s GEOINT Symposium in Tampa, FL. Working at the lab has been a great opportunity for me to network with people who come to the lab, as well as great experience to add to my resume. I hope that my GIS skills make me more marketable for jobs in the future. GIS is a skill that could certainly fit in with my Biology major somewhere down the road.”
Posted by GIS at 9:03 AM