A Door to the Working World - Spencer Van Cise 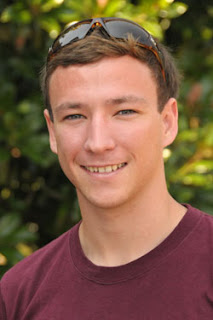 Three years in the GIS lab has proven to be a great investment for Spencer Van Cise, a senior who will be graduating in May with a diploma and job offer in hand. The Environmental Studies major from Arcadia, California has secured a full-time position with technology consulting firm Booz Allen Hamilton after completing a summer internship with the company in the summer of 2012.
Spencer joined the GIS lab as a sophomore after receiving a tour from Stew Bruce. “As an environmental studies major I was immediately interested in the environmental mapping and analysis that was being done.” Within a short time, Spencer branched out into working with the Crime Mapping Project utilized by Maryland State Police.

“I am grateful to my experience in the lab working with Stew. Without it I could have never received a summer internship with Booz Allen Hamilton or secured this job. Because of my time in the lab, I have networked with many GIS professionals, as well as developers.”
Click to read more...


In October 2012, Spencer also attended the GEOINT Symposium in Orlando. WC GIS is no stranger to GEOINT, and annually exhibit the most recent project that has been tackled. This year Spencer was among the students representing WC when the GIS Program was awarded the 2012 Academic Achievement Award. Brushing shoulders alongside companies such as Google, DigitalGlobe, Booz Allen Hamilton, and the Defense Intelligence Agency, WC holds their own in the race of technology innovation among the brightest and best in the Geospatial Intelligence community.

Van Cise is continuing to work part-time for Booz Allen Hamilton during the school year, working remotely on a company-supplied computer. He also puts in 10 hours a week in the lab, expanding on the skills he’s been learning over the last three years.

“I have gained a lot of experience working with various GIS professionals that have helped me explore new facets and technologies related with data analytics and GIS. After graduation I am thankful that I will be working where I will continue to develop my skills. My hope is to be able to apply what I learn to environmental and ecological conerns.”
Posted by GIS at 9:19 AM