"GIS can and does save lives every day," Sean Emerson 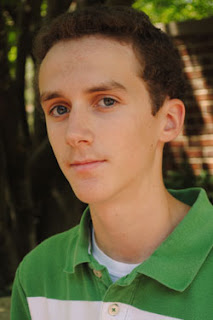 Sean Emerson, a freshman planning to double major in History and International Studies, arrived at Washington College already knowing that he wanted to work in the GIS Lab.

“While looking at college websites my junior year, I stumbled upon the GIS Program's webpage. I liked what I saw on the website and I found a lot of their past projects to be interesting.” Sean says that he developed an early interest in Graphic Information Systems. He credits the influence of his father, an employee for a national intelligence agency who uses maps extensively in his work, for sparking that interest. As a boy growing up in Silver Springs, Maryland, he would often use Google Earth, which he considers his first experience using a Geographic Information Systems program.


Sean says that, after learning about the GIS program at Washington College through the school website, he knew he wanted to become a part of the program. When he was accepted to Washington College, he immediately signed up for the Intro to GIS class with Stewart Bruce, the Director of the GIS Lab. He was also excited to receive an email from Stew about job openings in the GIS Lab.


“I had already planned to apply for a job at the GIS Lab anyway, so I was happy to get an email offering me a job.” He responded asking for an interview, however, Stew, recognizing Sean’s genuine interest, immediately replied with “You’re hired.”

During his first semester working for the Lab, Sean learned how to use various GIS programs, such as the ArcGIS programs, Google SketchUp, and Unity game design software. He helped collaborate on some on-going GIS projects, using SketchUp to create digital houses for the Four Seasons Project, and to make models of Washington College Buildings for the Campus 3D Project.

Sean also worked on projects in Stew’s Intro to GIS class. For one of these projects, he studied the driving distance and time between fire stations and their response areas in Prince George’s County, Maryland, to look for the quickest routes for emergency vehicles. For Sean, this particular project reaffirmed the importance of GIS technology. “This project showed me how useful GIS really is, and that it can and does save lives every day.”

This semester Sean is working for The MapStory Foundation, a non-profit organization with which the GIS Lab has recently formed a partnership. The MapStory project is a new social media outlet and educational tool that allows users to create timeline based maps to share their stories and experiences. Sean has been given the ambitious task of finding as many historic aerial photographs and maps of the city of Alexandria, Virginia as possible. He then georeferences the photographs and makes them into a “MapStory” for display on MapStory.org. Sean says that he is enjoying the project, because it allows him to pursue both his interest in map-making and aerial photography, and his interest in history. “As a history major I also really like the historical aspect of it, seeing how much Alexandria has changed over time from a bird’s eye view.”

Although Sean has learned a lot from his experiences at the GIS Lab, he still feels there is a lot more for him to do. “GIS helps us in ways too numerous to count, and it often helps us in ways we do not even know about.” Sean says that he looks forward to using GIS during the rest of his time at Washington College, and that he hopes to use it in his future career as well. He plans on pursuing a career in intelligence, hopefully working for the federal government. Sean feels that GIS technology will be useful in protecting our nation, by helping to detect “terrorists, drug smugglers, and any other undesirables.” He feels that the Washington College GIS Lab has helped him develop useful skills with real-world applications, and that his time working here will give him a jump-start for his future.