On Display in St. Michaels 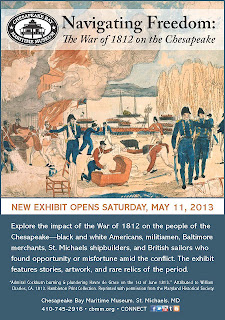 The Chesapeake Bay Maritime Museum has been working with the Washington College GIS lab in order to prepare for the initial launch of the museum’s new exhibit, Navigating Freedom: The War of 1812 on the Chesapeake. We have a number of student employees who have been working on this project including: junior Katherine Wares, sophomore Olivia Hughes, and seniors Caitlyn Riehl, Luis Machado, and  Tyler Brice.  All of these students have been assigned to different roles in order to construct a 3D flyover video for the exhibit. This flyover video will be used in the Navigating Freedom exhibit to show how area looked in 1812. Robert Forloney, Director of the Breene M. Kerr Center for Chesapeake Studies of the Chesapeake Bay Maritime Museum, shared some information about what the new exhibit will showcase, the process through which it developed, and the role that WC GIS played in the process.

The exhibit opens at the Chesapeake Bay Maritime Museum on Saturday, May 11, 2013. Visit the museum website for more information. www.cbmm.org/.
Click to read more...
﻿

“During the War of 1812, individuals in the Chesapeake Bay region endured great political, economic and emotional upheaval. They faced personal choices that had profound ramifications far beyond the battlefield. The forthcoming exhibit, Navigating Freedom: The War of 1812 on the Chesapeake will explore this time of great transformation through the lives of the men and women directly affected as well as the choices they made that helped to shape a young nation. The exhibit will explore diverse attitudes toward what the War of 1812 represented for different communities. This is a unique perspective on the War in comparison to the dozens of exhibitions being planned throughout the State as part of the bicentennial. It will also highlight local stories such as shipbuilding and the Battle for St. Michaels through the use of artifacts, documents, models, an interpretive film and a takeaway brochure.   Focusing on the daily lives and work of regional people impacted by the war, the social history approach to the exhibit will provide visitors with larger contexts for understanding Chesapeake histories and the landscape itself," said Forloney.

Katherine Wares, is working on building footprints and tree points in ArcMap of the area being featured in the flyover video. She is also making the historical building that will be featured in the video. "This work is fairly easy," according to Wares, "but the challenging part is making the buildings and homes historically accurate." Wares is using current photographs of the buildings and homes, but because many of them have been renovated since the war she has to take layers off in order to make the model look like it did back in 1812.

Luis Machado is recreating the battles of St. Michael’s using 3D Sketchup technology, which took place on August 10 and August 26, 1813. He is doing this so that this information can be used in the 3D flyover video. Luis is georeferencing old maps into more modern maps in order to depict how the battles actually happened.

Caitlyn Riehl, one of the two Photoshop editors in the GIS lab, was assigned to this project as well. She has been restoring two maps that would be used to illustrate where different events occurred in the war. “The first map, of the Chesapeake Bay and surrounding land, was a completely black and white marine map at first. All of the markings and depths had to be completely removed, in addition to some wear and tear from age. After that was done, the map was colorized to show farmland, water, etc. The second map was a very old map of the Atlantic Ocean. Again, it had to be cleaned up to remove marks from wear and tear, in addition to some unnecessary travel markings. Once it was finished, it was colorized and "re-aged" to look like an old map,” said Riehl.

These restored maps were passed onto Olivia Hughes, another employee working on this project so that she could begin digitizing the maps that Caitlyn restored.  After digitizing the fine details of the map to make the image more refined, Hughes then georeferenced two, more detailed, maps of Easton and St. Michael’s. Only the digitized map is what will be used in the 3D flyover video. “I am very excited for the exhibit's opening and being able to see my work on display in a museum,” said Hughes. According to Riehl, “Completely redoing maps while still keeping their accuracy and integrity is a long and difficult process sometimes, but I love doing it because it is a challenge and so rewarding to see the final project.”

Tyler Brice, is working on a 3D flyover video that will be part of the final project sent to the CBMM. He is constructing this video by compiling ArcGIS data and 3D data into a program called Geoweb 3D. He hopes that his hard work can develop a finished product that will give viewers an idea of what St. Michael’s would have looked like during the War of 1812. 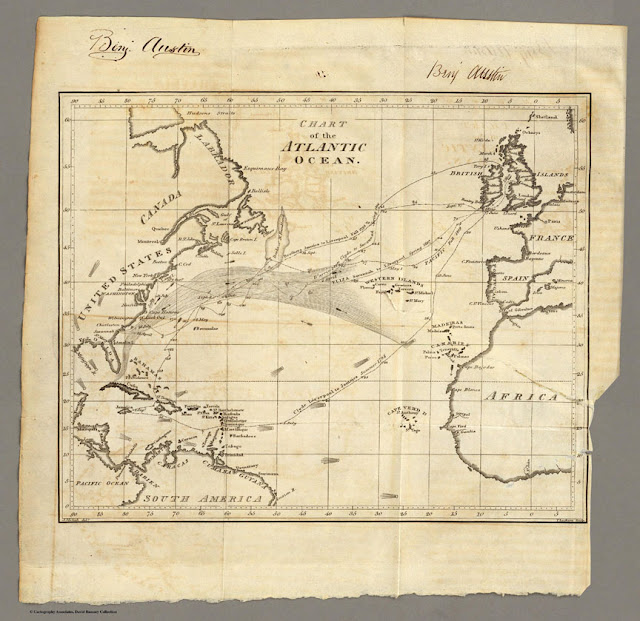 Original map of the Atlantic Ocean 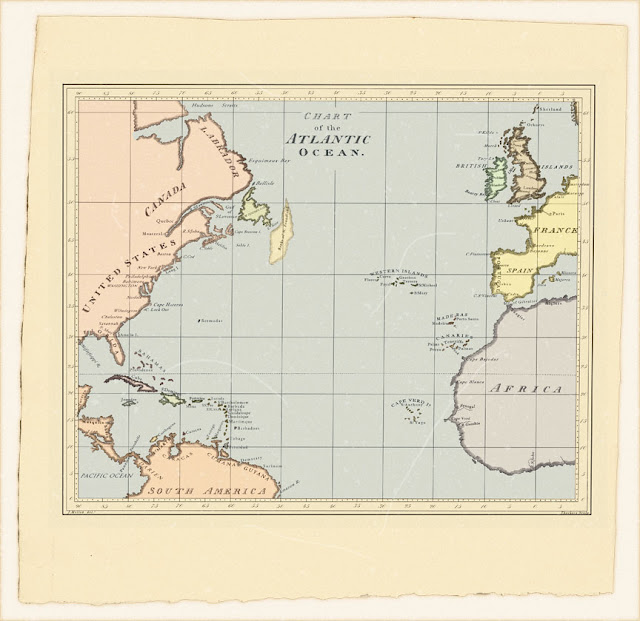 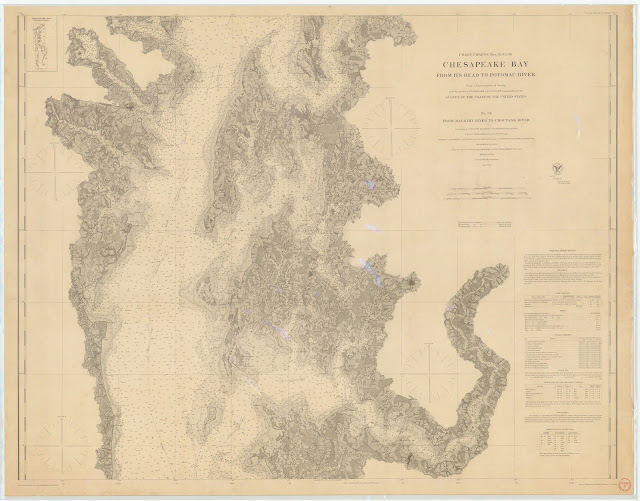 Original map of the Chesapeake Bay and the surrounding land 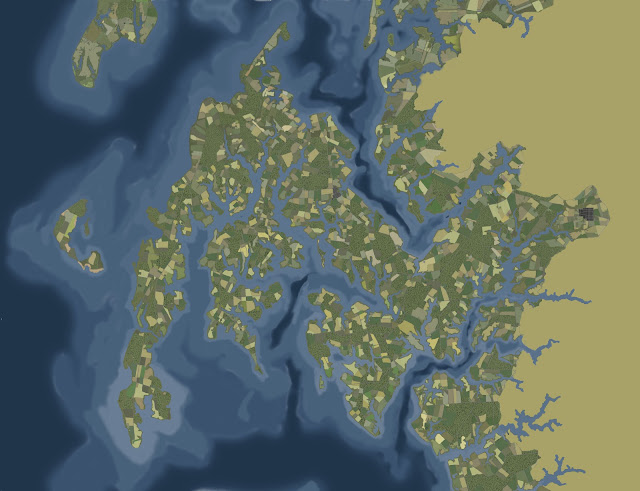 Restored and colorized to show farmland and water
Posted by GIS at 8:47 AM